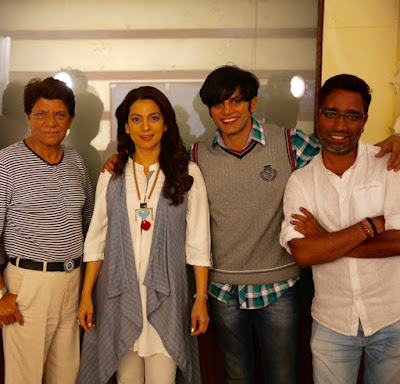 Bohra, with whom Juhi Chawla has done a number of films in the past.

The hero of the film Karanvir Bohra, a follower of SRK's negative roles like Baazigar and Darr seems to follow into his idol’s footsteps and as coincidence would have it shares a rapport with SRK’s favorite heroine Juhi Chawla as they shared screen space in Aziz Mirza's Kismet Konnection! Karanvir is confident that destiny is going to work a miracle for him with all these coincidences.