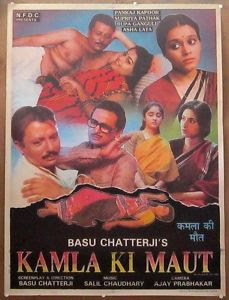 Directed by Basu Chatterjee the film is set in a lower middle class chawl examining the sudden death of a
20-year-old unmarried Kamla, who commits suicide unable to handle the news of her pregnancy. Raising issues related to pre-marital sex and relationships in modern India Basu Chatterjee master of middle class cinema travels the neighborhood and examines other relationships in the Gopal Bhawan chawl at Mangalwadi in Girgaum. 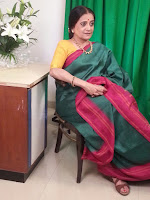 This is the first time Pankaj Kapoor and Suprriya Pathak came together as a pair and many years later got married. Other actors in the film were Roopa Ganguly, Asha Lata, Irfaan Khan and
believe it or not Lagaan director Ashutosh Gowariker.

Posted by Bhawana Somaaya at 09:02