Do turning points alter our destiny….? Or does our destiny lead us to these turning points…? The topic is debatable. One thing is for certain though that there is a mightier force guiding all of us. I have never stopped to ponder over the impact of certain events in my life, but now that I do, it’s also time to acknowledge people who made the difference….! 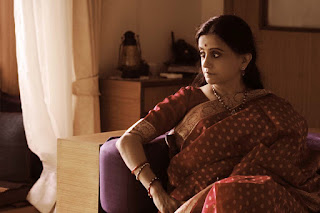 Scene: 1 Tribute: 1
My mother was 45 when she conceived me. The doctors were concerned for her health. It is said that the nurse who delivered me was hesitant to break the news to my aged father waiting on a bench all night. She had come to know that I was the sixth daughter and the eighth child of my middle class parents and she assumed that the news would break my father’s heart.
She was wrong. My father, on hearing the news, extracted a five-rupee note from his pocket and said, “Our walking stick has arrived. …We are going to have a companion in our old age…” My father depicted rare courage though deep down I’m sure both my parents felt concerned about my future.
When I grew up my older siblings recounted many stories of my childhood, some cheerful and some not so pleasant but strangely I was never filled with sadness. It can be because they narrated these stories with immense humour and affection.
Time alters perspective and wisdom turns you philosophic. In my quiet moments I have often wondered that would have happened if my mother had not been able to sustain me in her womb many years ago…? Chances are that I would have settled for another womb, found another home and perhaps another destiny…! There is no guarantee that I would have been happier or even healthier. One thing is for certain. I would have been deprived of the opportunity of being my parents’ child!
So thank you Ba and Bapujee for having me. For not being bogged down by societal pressures.
Scene: 2 Tribute: 2
I was 20 and raring to go. I had stars in my eyes and wings that would not fold. When I look back on it now, it seems like a scene from a film and in many ways it was.
The morning newspaper invited college students with a flair for writing for a walk-in interview. In response I landed in Bombay’s premier Taj Mahal Hotel to try my luck. As I stood facing a panel of stern looking judges, I shuddered to think what my parents would say about my adventure. The interview lasted some ten long minutes. I was asked the craziest questions after which I discovered to my horror that I was confirmed for the job as a film journalist.
“But I don’t want to be a film journalist,” I told the eminent members on the panel. There was an awkward silence and then a veteran thundered, “Then why the hell are you wasting everybody’s time here…?” I had no answer and quietly left the room.
There is no logical explanation for why I changed my mind and despite a degree in Law opted to become a film journalist after all. There is no explaining why I sustained in this high strung profession for 30 long years and enjoyed it.
Today there is no doubt in my mind that it is the right choice for me. But could this have occurred had I not courted a mid-summer adventure many summers ago…? It is because I was bold enough to speak my mind…to follow my heart that I was able to pursue my dream…It is not easy surviving show business!
Thank you jury for challenging me... It’s because of you that I was motivated and I am where I am.
Scene: 3  Tribute: 3
Over the years, there were many happy and sad moments in my personal life and career. Some of these memories linger even now… The first time I bought a sari with my hard earned money… The first time I purchased my diamonds… The first time I bought a car… My first apartment… The first time I turned an editor… The first time I turned an author…
Some revive old wounds… The dreadful night when I lost my father… Ever since, I have been filled with fear of darkness! My mother understood this and when it was time for her to say good-bye, she chose to exit at dawn. She had faith that her daughter will rise above the suffering and she was not wrong. Before she departed, she prepared me to absorb all experiences that come my way positively.
They say time is a great healer and it is perhaps the blessings of the deceased that I can look back on my caravan of life with gratitude and wonderment. Everyone who touched my life had a message to impart.
A few years ago, my loyal maid of many years lost her husband and she was devastated. When I saw her crying beside the dead body I was sure life would never be the same for her. But a month later, tugging her six-month old baby at her waist, she was back to the job. “Of course I miss him and feel his presence all the time,” she said to me with tears in her eyes, “But life has to go on. …”
How right she was. Life goes on and we fall into what is laid for us. In our happier moments we think we make the choices when in reality the turning points we encounter are all predestined…
Thank you life for being the greatest teacher...
Posted by Bhawana Somaaya at 14:08