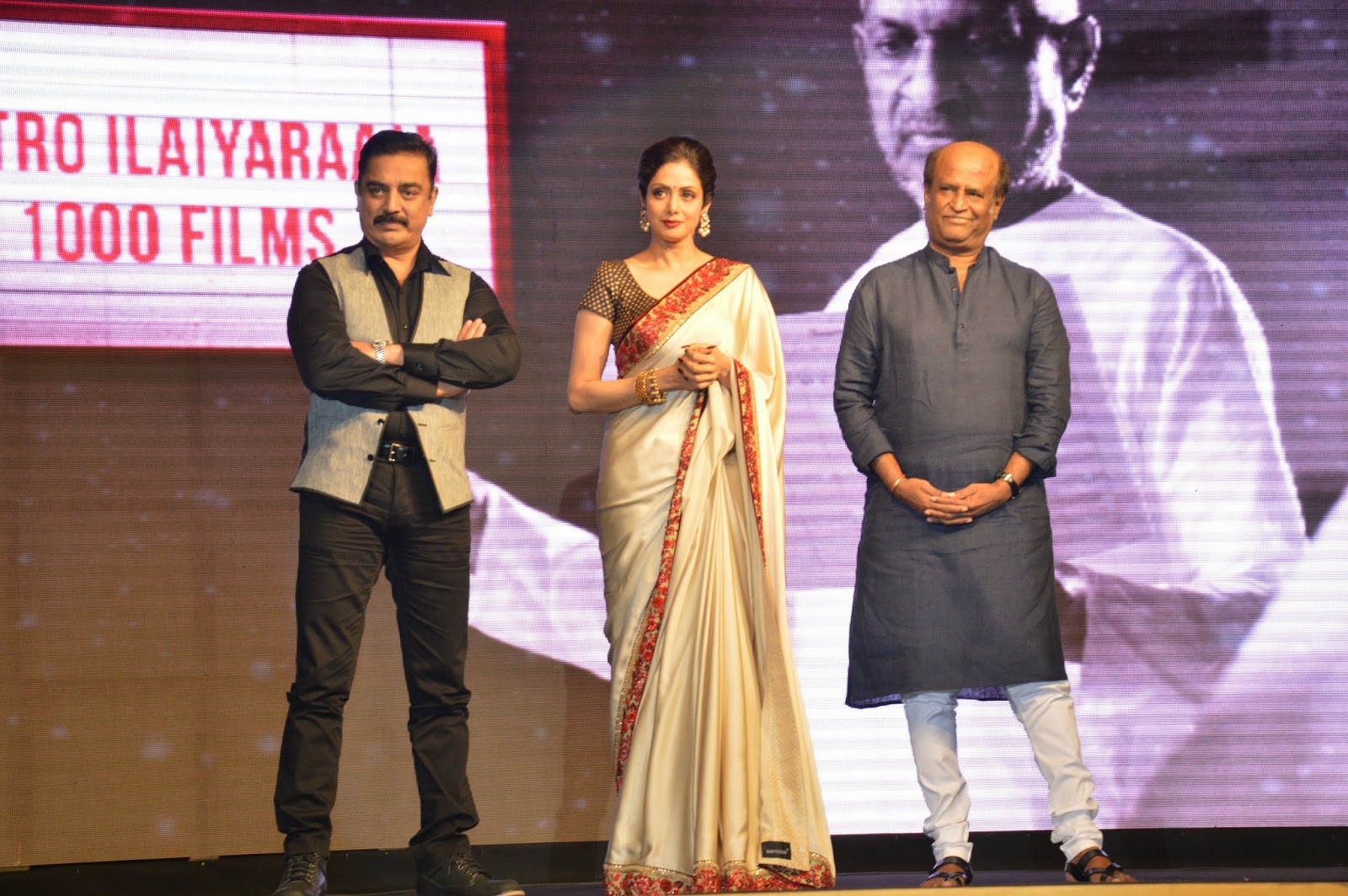 It was a night to remember. The invite for the music release of Shamitabh came via an audio link in the baritone voice of Amitabh Bachchan. The occasion a celebration of maestro Illaiyaraaja who completed 1000 films and 5000 songs.

In the sprawling lawns of Taj Lands End, moonlight in the sky and nip in the air the near and dear ones gathered to cheer filmmaker R Balki and his team. There were distinguished guests in the audience Superstar Rajnikanth present in the capacity of an actor and also a father-in-law to cheer his son-in-law Dhanush.

There was Shruti Haasan and Kamal Haasan present as actors and also as family to support younger daughter Akshara making her debut in the film.

The audience was treated to a dance performance by Dhanush on the screen followed by a Tamil song rendition. Balki wanted Dhanush to sing in Hindi but Dhanush wangled out of it citing ‘language problem sir’.