The music launch of Shamitabh would be incomplete without Bachchan rendering the Piddley song and there was a thunderous applause when he concluded. Bachchan paid a special tribute to Illaiyaraaja and R Balki said 1000 is not a number but just an excuse to celebrate the maestro. 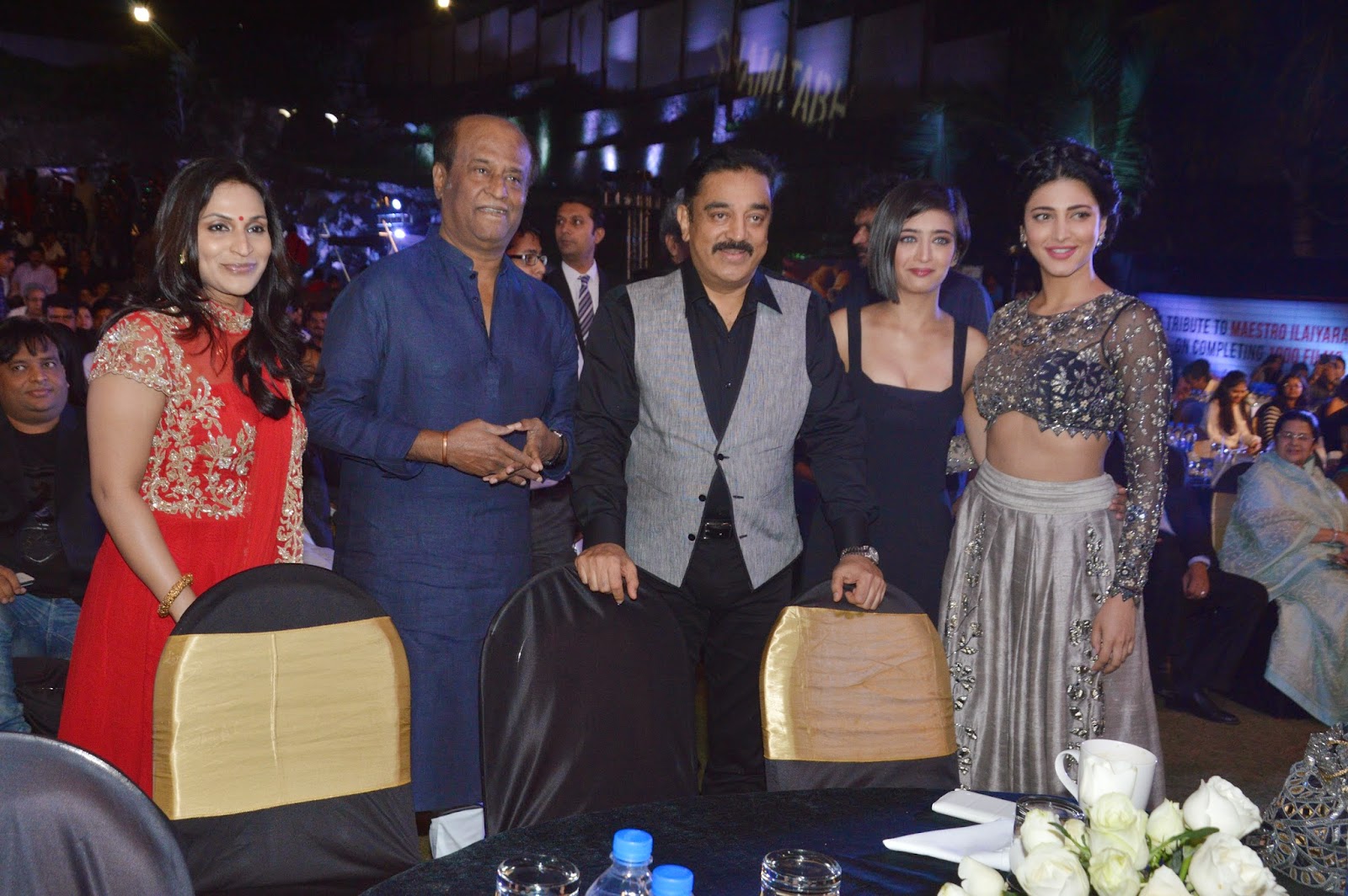 There was nip in the air and  when Aishwarya Rai and Abhishek Bachchan came on stage to deliver a vote of thanks it was time for a trailer repeat.

Kunal Ganjawala was humming a tune and Bappi Lahiri chatting in Bengali with Shreya Ghoshal.  I saw a happy Shruti Haasan dive into the car with a smiling Kamal Haasan and an overwhelmed Rajnikanth gently led by daughter Aishwarya out of the green lawns.

Shamitabh is the biggest star studded musical event I have attended in my long career, there were as many superstars on stage as there were in the audience and after a while I stopped counting.