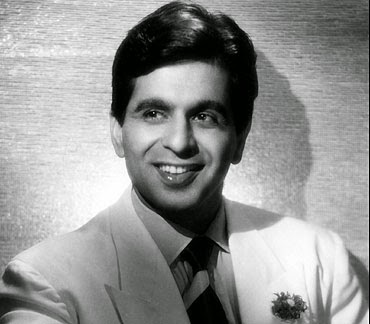 Yesterday was the release of Dilip Kumar’s autobiography and all roads led to Hotel Hyatt. Dilip Kumar has been an inspiration for a whole generation of actors in films and has in a career spanning five decades, done varied roles. Numerous writers have tried to capture his magic in print and there are innumerable books describing his immense talent. This week Dilip Kumar releases his autobiography in a much anticipated event in Mumbai and which will be attended by the entire film fraternity.

Dilip Kumar was born as Yusuf Khan on 11 December 1922 in an Awan family in Peshawar, now Pakistan. His father Lala Ghulam Sarwar was a fruit merchant and owned Orchards in Peshawar and Deolali. He is the third child of his parents older to nine siblings and the only superstar in the family. He studied at the prestigious Barnes School, Deolali and spent all his free time in reading.

Sometime in 1930 Ghulam Sarwar and his family shifted from Peshawar to Bombay and put his eldest son in charge of their fruit orchards. When Yusuf Khan completed his education; his father put him on duty to watch over their dry fruit suppliers and assigned to start a canteen in Aundh, Pune. Yusuf Khan was just 18 years old when he left home and his mother was worried how he would survive amidst strangers. She needn’t have worried because working in a Military Canteen had a positive influence on the young boy. He learned discipline, focus, commitment and when opportunity beckoned, Yusuf, supported by his father, was ready for adventure!