Over the decades the brahman who visited homes of marriageable candidates lost his identity as parents began looking for alliance via newspaper classified advertisements. 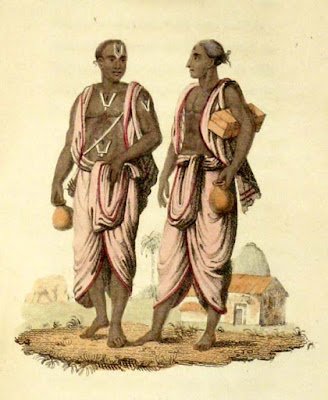 Gradually with the arrival of the internet even classified advertisements went out of fashion as parents and now the prospective bride and groom hunted for their partners on the net.
Today, websites have replaced the traditional matchmakers and while this has facilitated the process, it has added other kind of pressures on the candidates and their families. A few years ago I was invited as chief guest to a swayamvar organized by a marriage bureau. It was an unusual gathering where every guest was a stranger and there was separate seating arrangement for the candidates and the parents.

The compeer invited candidates on stage and introduce themselves but all of them were self conscious and all parents were anxious. During dinner guests mingled hesitantly and only a few exchanged numbers. Some tried chatting up with a promising partner but majority of them remained aloof. It was an unfair exercise because all the girls looked infinitely superior to the boys. The parents looked stressed and complained that the registration fees of marriage bureaus were too high but they had no option.

While leaving I share my anxieties with my host, she is un-intimidated by my observation, says, “I am a match maker not a destiny maker. My role is to make them meet not to get them married”

That is the difference. The brahman who visited my parents in the olden days accepted the parents responsibility as his own.

He stood by the family till all the rites were performed and was treated as family by all the members. He prayed that the couple remained happily married ever after

Posted by Bhawana Somaaya at 11:03