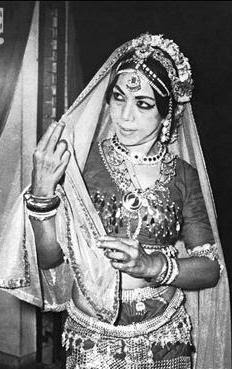 She was just 16 and performing on stage when Gurudev Rabindranath Tagore was in the audience and was so mesmerized by her performance that he bestowed a title on her as India’s Nritya Samragini. Sitara Devi got married to KAsif director of Mughal-e-Azam and continued performing Kathak shows all over the world. She continued to work in films whenever there was an opportunity for a great dance and her last recital on screen was a holi dance where she appears in the role of a boy in 1957 release Mother India.

For a long time Sitara Devi was confined to bed and for the past many weeks she was on a ventilator. On Tuesday 25 November the talented dancer breathed her last. The country has lost the queen of dancers.