It was the annual celebrations at Shelter Don Bosco, only this time being the silver jubilee celebrations the mood was peppy. The evening began with an unplugged section with Manasi Scott and Chrisann Misquitta on the grand piano with a note perfect rendition of Fever and an improvised Imagine. Then came the Monsorate Brothers with Effie and they simply had the audience rooted to their seats with their mesmerizing brand of music from 1920 to the 80s peaking with R D Burman classics. Next was Manasi Scott and her Band and she awed the audience like a true rock star performer. Manasi had the audience grooving to Skyfall, Titanium, Iktara and finally Mama Mia! 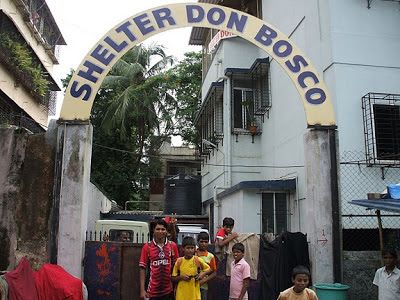 It was truly a night to remember for the Shelter Don Bosco, an institution that looks after street children when actor Boman Irani, supporter of Shelter Don Bosco for almost a decade arrived at the Shanmukhanand Hall to give inspirational talk and surprised them when he sang and danced on the stage and engaged all of them in ‘We are the world…’ Everybody knows that Boman is a terrific singer but few are aware that he can mimic all the voices from Lionel Richie to Willie Nelson to Tina Turner to Michael Jackson and do a great job. The audience was exhilarated and giving Boman company on the track was Manasi Scott.

His good deed did not end there, The following morning Boman made sure that he extensively tweeted about it to create awareness. The effort was worth it because by the end of the day, a lot of people were contacting the institution to donate generous amount for the shelter school.