As the FWA organised three day scriptwriters conference draws to an end at St Andrews Auditorium in Mumbai, it is a happy and sad moment for the members. They are happy that the event progressed without glitches and sad because the stimulating debates are over. It is more than an hour since the last lecture is over but nobody is in a hurry to go home and linger in the foyer outside and below near the parking ground sharing a cigarette and ideas. It is evident that everybody has enjoyed the conference and view the sessions as an enriching experience. 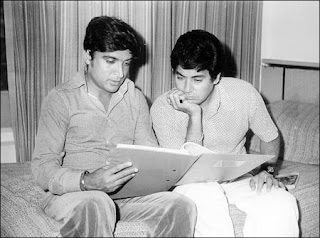 Day 1 had writer Javed Akhtar, filmmaker Rakesh Omprakash Mehra and television writer Gajara Kottary discussing if film writers have a social responsibility. Akhtar opined that just in the way a religious man never blamed God for his misfortunes, filmmakers never blamed the audience for wrong choices but the fact is that there would be no wrong choices if the audience backed right projects.

FWA Award to writer who made path breaking contribution to cinema was presented to Salim Javed.

Day 2 had Urmi Juvekar, Bejoy Nambiar, Abbas Tyrewala discuss new ways of storytelling. All of them
had interesting unusual personal anecdotes to share which resulted in special scripts. The second session
concentrated on the changing content and the new brigade of television which proved to be a sparkling debate. 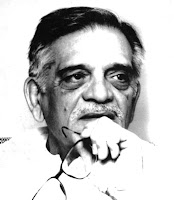 FWA Award to writer who made significant contribution to cinema for decades was presented to Gulzar.

Day 3 had Gulzar and others discuss why such few films are made for children. A long session was devoted to the implications of the amended Copyright Act for film and TV writers and this proved to be the most insightful session of the conference. Special invitees to the conference Rebecca Kessinger and Tom Schulz made a presentation on the Writers Guild of America. The conference ended with FWA revealing their plans in the months to come.