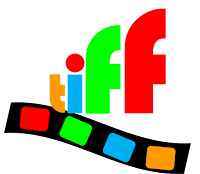 The event began with lamp lighting followed by a devotional dance by students of Aasha Niketan H.S. School for the Deaf. Films screened under Panorama section and under Competitive category were: Revenge of the Tiger by Shri Nalla Muthu; Birds of Narsinh Talav; Wetlands: Question Mark and In Deep Coma all engaging films.

The awards were given under four different categories and judged by a seven member diverse panel of judges consisting of experts from the fields of wildlife, media, films and art.

A TIFF 2015 edited by Abhinandan Shukla was released on this occasion and
Waheeda Rehman who is a great lover of wild life was honoured by a memento.

Posted by Bhawana Somaaya at 13:31