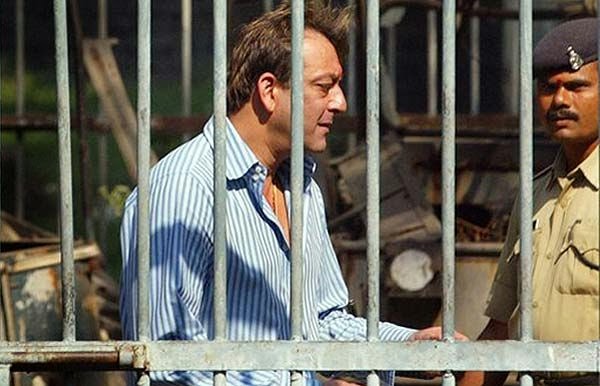 Sanjay embraces and bids good bye to inmates and the guards. He is excited and unable to disguise his emotions. His colleagues understand. These are moments when words are not necessary, the expressions tell all. Huge crowds of electronic and print media wait outside the Yerwada Jail gates but Dutt is in no mood to avoid or fight them. He requests them with folded hands to respect his privacy and not make a drama of his parole as it can go against him. Strangely, they listen to him. Sanjay walks to his car and after a tight hug to his chauffer who is visibly emotional settles inside. The vehicle moves and as a collage of buildings, parks, trees, streets and an infinite skyline pass by Sanjay’s eyes fill with tears.


They drive to Mumbai without a break and in between Manyata is on the phone checking where they have reached. Sanjay looks out of the window and wonders what is going on at home. What is Manyata doing? Would his children have woken up so early? He wonders what time they wake up every day…what is their routine?

Four hours later as the car drives into the compound of Imperial Heights, Pali Hill Sanjay can sense the familiar crowd from a distance. He feels a lump inside his throat and fears facing the familiar arguments with the media. Inside the security of the building Sanjay alights from the car and again with folded hands requests them to not invade his privacy for the next few days. “I want to spend time with my family and don’t want the authorities to feel that they made a mistake in granting me this leave, so please let us respect the situation.” His sincerity is moving and wonders of wonders; the media in a rare and united display of wisdom, packup their paraphernalia and leave the premise.

Posted by Bhawana Somaaya at 11:30 No comments: 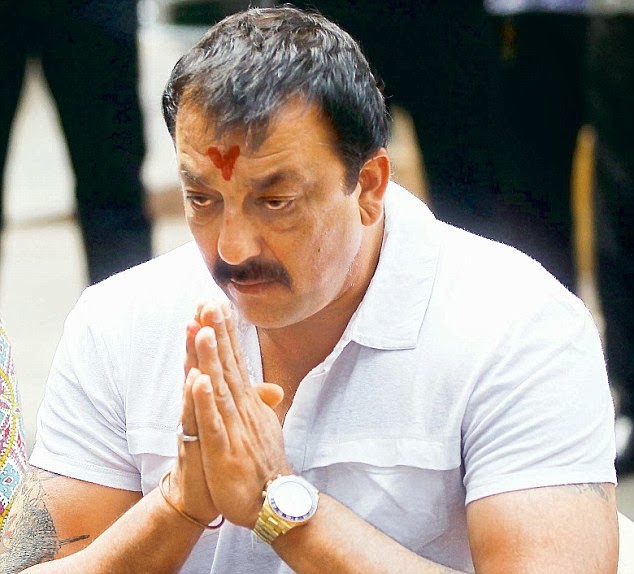 Sanjay has requested the authorities for a brief break from his penalty in jail to address to his medical ailments and taking into consideration his good conduct the application is under progress. Sanjay does not want to pin high hopes on it in case he is not granted leave. Every year during Navratri Manyata observes a Mata ki Chowki for the Supreme Goddess and Sanjay hopes for the sake of the family he will be home on the auspicious day. Manyata has faith that the Goddess she has worshipped all her life will not let her down. She has faith that this Navratri she and her children will welcome the Goddess home with Sanjay by her side.

Their prayers are answered. Sanjay Dutt is granted parole. Manyata is delighted and begins preparation for Sanjay’s homecoming. Sanjay is so happy that he can hardly sleep out of excitement. He is counting hours by the day and stars by the night, finally comes the dawn when he will walk out of the cell into the open sky.