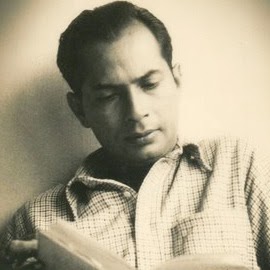 Bimal Roy Memorial & Film Society is holding a designed illustrated talk by eminent anthropologist Clare Wilkinson on the politics of costume in Bimal Roy's films. It is said that one of the most compelling cinematic themes of Bimal Roy films has been the relationship of tradition and modernity in a new state and the play of costumes to both naturalistic and symbolic effect has been director Bimal Roy’s forte.

In all Bimal Roy films the costumes adorned by the various characters not just the lead pair has a significance and contribution to not just the story but reflected conventions of contemporary India. This was apparent in Devdas, Sujata and Bandini. Suchitra Sen or Nutan draped in simple cotton saris reflected the anxieties and tensions associated with the theme of the story. Over the decades so many films have been made on village life but none of the heroines have resembled Vayajantimala’s Madhumati in either costume/ghagra choli or hairdo.

A lecture on the subject will be held on 19th February, 5.30 pm at Lecture Room 3, St Paul's Communication, 24th Road, Bandra​.