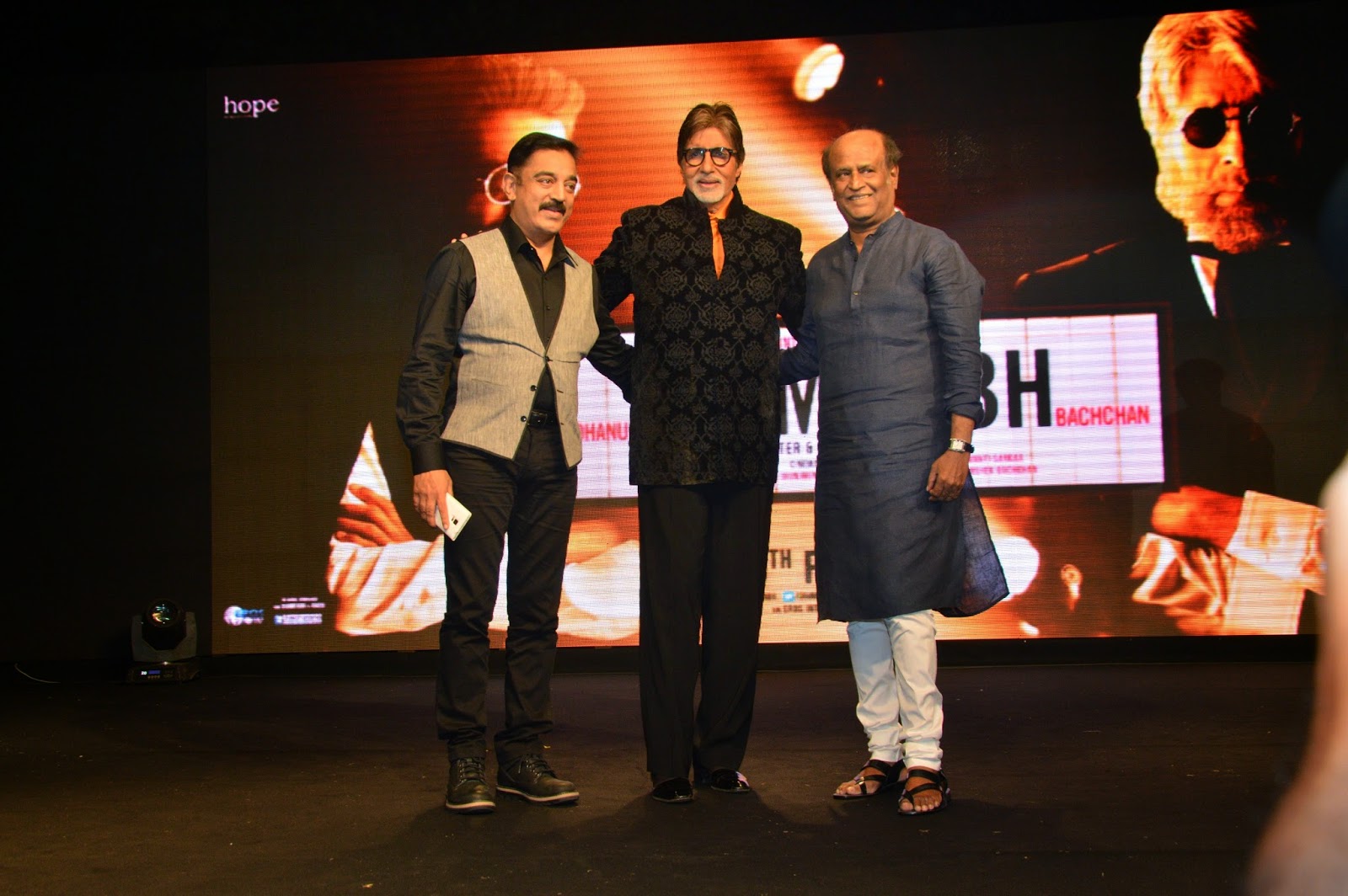 Director R Balki of forthcoming film Shamitabh is an admirer of Illaiyaraaja wanted to make the music event special for his idol and therefore asked the South brigade Rajnikanth- Sridevi and Kamal Haasan to felicitate the maestro. The heroes recounted interesting anecdotes about time spent with the music director. While Rajnikant admitted he has little sense of music, Kamal Haasan revealed an interesting and for him an embarrassing story while working with him on Hey Ram.

When Amitabh Bachchan joined the duo superstars on stage, they struck a pose for posterity. The last time the trio was seen together in a single frame was in Geraftaar more than 30 years ago. It was a nostalgic moment.

Everybody became emotional when a nervous Akshara walked up the stage with her father Kamal Haasan and showed him the second trial of Shamitabh and waited anxiously. Kamal held his little ones hand and said ‘Baby I’m as nervous as you today’.

The album was released by Jaya Bachchan and Gulzar, joined by the producers, the lyricist, the singers of the film and surprisingly all the musicians Pankaj Udhas, Bappi Lahiri, Adesh Srivastav, Ila Aroon present in the audience to come on the stage.