Hututu – Aavi Ramat Ni Rutu, a film that has proved to be a game-changer in Gujarati filmdom has set a new record and released in Adeleide, Australia. Currently running housefull in the tenth week, 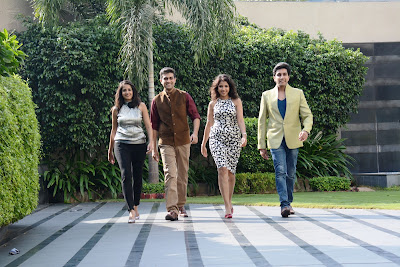 Hututu is directed by the first woman director of the Urban Gujarati Cinema, namely Shital Shah.

The film has so far clocked in an estimated gross collection of approximately Rs. 6 crore from Gujarat and Maharashtra, and is now reaching out to the Gujarati audiences settled in foreign shores.

Posted by Bhawana Somaaya at 07:28