I don’t want to but I cannot stop thinking about Sandhya. Three decades ago when I was a budding journalist we often dropped by star homes for a chat unannounced when in the vicinity and the stars always welcomed us with a smile and a warm cup of coffee. 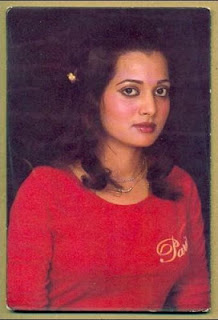 Sulakshana Pandit who was a fairly successful star in those times and lived at Kings Apartment in Juhu was a star I visited often. Her home was filled with siblings and musicians and Sulakshana was the selfless elder sister always helping her large family to pursue their dreams.  She told me she came to Bombay to become a singer but the film industry turned her into a star.

She never worried about her brothers because she was confident they were talented and it was a matter of time.

She said Sandhya (they called her Rashi was a homemaker) but she said Vijayta her youngest sibling is a great singer. When Rajendra kumar signed her opposite Kumar Gaurav for Love Story she was delighted but heartbroken when Vijayta was not allowed to sing her own songs. “Why do our filmmakers do this? Why don’t they allow singers to lipsync their own songs?’’

Over the years Sulakshna faded as a star and her unrequited love for Sanjeev Kumar turned her into a recluse. Her brothers Jatin Lalit as she had rightly predicted turned into successful music composers and Rashi got married. So did kid sister Vijayta to music composer Adesh Srivastav but her dream to do playback remained unfulfilled.

Today, Sulakshana it seems is unwell and restricted to her room looked after by Vijayta. Jatin Lalit has parted ways. Adesh Srivastav has succeeded, failed and risen again. Vijayta releases a private album now and again. She has not given up on her dream to sing.

It is strange how a single tragedy in a family can revive so many memories…!