Sanjay is making paper files thinking about his sister Priya’s visit to prison yesterday. She looked weighed down and it is understandable because she has not had any rest since months. Sanjay understands that it is not easy for her to travel to Pune everyday to meet him and yet she makes the effort only to be able to spend 20 minutes in each other’s company.  Sanjay is hungry and wonders what his restaurateur friend will send for lunch today.  It is strange but he never spared any thought on food when he was outside prison. It is probably because he knew that Manyata would serve him what he likes or maybe he deliberately thinks about food now so as a reason to focus on something else besides his loved ones. 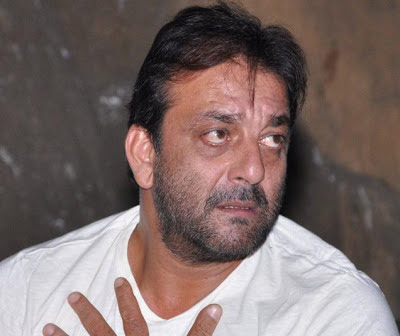 The guard brings his tiffin to the cell and informs that there are talks about an order to revoke his request for home food. It is true. Yogesh Desai of Yerwada Central Jail has filed a plea before TADA Court that after the amendment in regulations in 2000 there are no provisions in the prison manual to provide such facility to convicts or under trials.

The petition does not come for hearing as the judge is on leave so it will come up again and verdict will be passed after hearing the prosecution and Dutt’s defense.

Sanjay goes back to making files and surveys the pieces of paper strewn all over the place and for the first time wonders how and when his home/ workplace has got tidied up day after day. There must be a system for his home to always look tidy and how strange that he never paused to notice it till today. Sanjay picks all the wastepaper and pushes them in a corner suddenly full of appreciation for his wife Manyata who maintains an efficient home. He wonders how much daily wages he will be paid this time.  During his last stay in the prison he earned rupees 12.50 as an unskilled worker per day and most of it was spent  purchasing eatables like biscuits and fruits from the jail canteen and even that had a ceiling of not exceeding rupees 2000 per month.

Sanjay smiles, tomorrow the promotions of his film Policegiri begins with a media conference. He prays that all goes well and the film has an uninterrupted release.