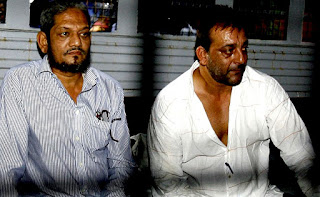 Sanjay wakes up in the morning to discover that he has no task for the day. After a day of cutting paper files seated in his cell in Barrack III it seems the authorities are rethinking about what task to assign the actor. Sanjay asks jail authorities to assign him hard labour because without any work it is difficult to pass the day and even more difficult to get sleep at night but his request is turned down because they have been warned about threat to his security and cannot take the risk of letting him mingle with other inmates outside his cell.

Sanjay feels desolate and wonders what task they will assign him. He hopes he it is not about weaving chairs again because even the last time when he was so much younger was very strenuous and this time it will be a greater strain on his eyes.

Sanjay lies on his mattress staring at the ceiling wondering how he is going to endure this difficult phase of his life, day after day, week after week…!