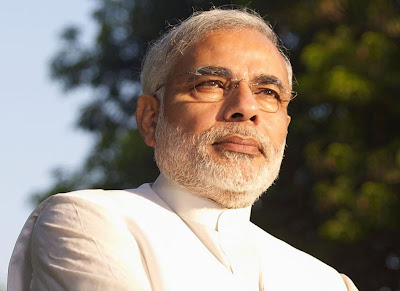 
Experience: As a teenager Modi used to run a tea stall with his brother. Volunteered to serve the soldiers in transit at railway stations in 1960s during Indo-Pak war. Social service through organizations viz., Akhil Bharathiya Vidhya Parishad, RSS etc. CM of Gujarat since 2001.

Response to  Terrorism: “Terrorism is worse than a war. A terrorist has no rules. A terrorist
decides when, how, where and whom to kill. India has lost more people in
terror attacks than in its wars.” - Narendra Modi

Gujarat remains a peaceful place and role model for India.

If terrorism, corruption and poverty are the main problems that our nation is facing, who should take the blame for it squarely?

Indians judge yourself and decide who should be your PM in 2014.

If you agree you can forward as many as you can to see a bright and prosperous Bharat.

Posted by Bhawana Somaaya at 17:06