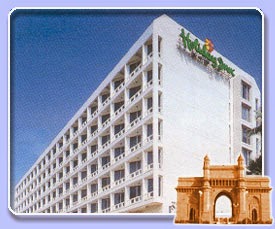 Sixteen years ago Juhu’s Holiday Inn couple Nishi and Dinesh Khanna launched yet another impressive address to hang in at the Western suburbs, The Club. It was the most happening place at that time and all film events, weddings and parties happened at the Club. Almost two decades the later, the buzz has only multiplied. I should know because I have become a new member and make it a point to walk across the gardens near the swimming pool every evening. Every day, I bump into some familiar face and we catch up the lost time. There is something warm and special about the atmosphere, about the décor and the way the activities are spread out. Coming month The Club celebrates its 16th Anniversary in the most novel way by bringing in Songkran Thai New Year. Sounds adventurous...
Bhawana Somaaya/ Tweets @bhawanasomaaya
Posted by Bhawana Somaaya at 10:38