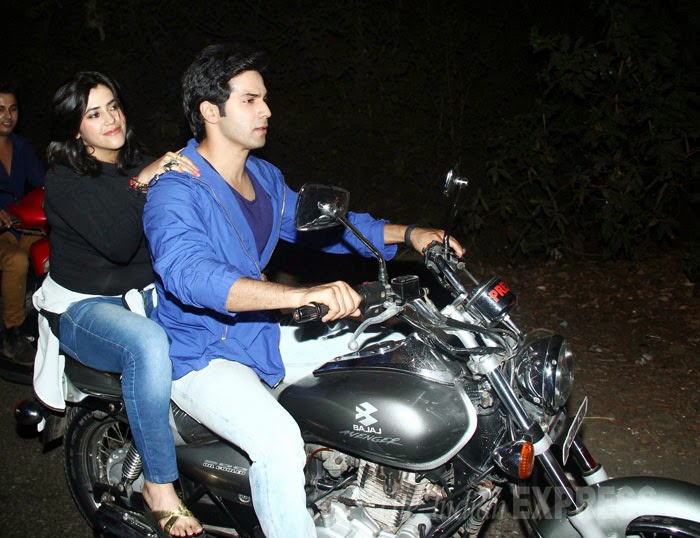 An actor will go to any extent to promote his film and Varun Dhawan is doing that for Main Tera Hero. Varun rode a bike starting from Oberoi mall in Goregaon to the locastion of his shooting, Filmcity. It goes without saying that he created traffic jams all the way. Unfazed Varun stopped to chat to two girls on the road and even gave them a lift to a nearby destination. That’s not all; he was stopped by a lady cop who was so amused to nab him that she requested him to do a dance step for her before she would let him go. The people on the road were not sure if it was shooting or reality and Varun did not stop to explain. He had one more stop before he finished his trail for the day. His producer Ekta Kapoor was waiting for him at CCD Outlet and traveled with Varun on the motorbike to Kaliya Maidan in Filmcity.
Are you surprised Nargis Fakhri and Ileana D’cruz sing ‘Tu Mera Hero…’to the actor, I’m not!

Posted by Bhawana Somaaya at 13:40