Today is Boman Irani’s birthday.  I was first introduced to Boman at Locarno Film Festival in the year 2000. 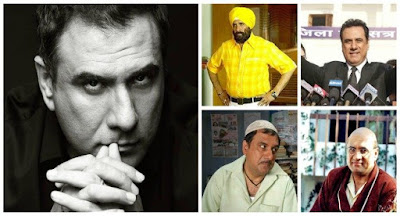 His director Ram Madhvani was showing Boman’s debut film Let’s Talk. I went for the film without any expectations and came out overwhelmed by the supremely gifted actor.

Post screening I spent time chatting with the actor and learnt that Boman was from theatre and multi faceted: he was a voice artiste, a photographer and a gifted singer, now trying for a break in Hindi movies.

I was confident he would make it big soon and just two years later in2003 Boman got noticed in Raju Hirani’s Munna Bhai M.B.B.S. followed by Lage Raho Munna Bhai followed by 3 Idiots. Boman has proved his versatality with all kinds of roles be it Happy New Year or soon to be released Dilwale.


Wishing Boman Irani a very happy birthday and I have to say aapro Boman has come a long way.