Ajay Devgn has left no stone unturned for his directorial project Shivaay.  The perfectionist, we hear called for more than 2000 custom-made stuff toys for a particular scene in the film. 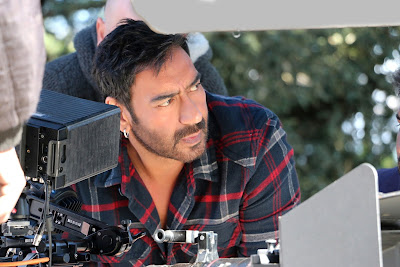 Not just that, he is personally supervising every detail on the sets and this includes little Abigail Eames’s room who debuts as his daughter in the film. What is admirable is that Ajay is always good natured on the sets and does not make a number of his avtaar as a director.

It was his idea to shoot a couple of brands before he started his new venture because later he would not be able to make time for these commitments. The right way to go Devgan!