On this day in the year 1951 Raj Kapoor released Aawara produced by his own banner called RK Films. He had tasted failure in his earlier film Aag and Kapoor was determined to never to repeat the 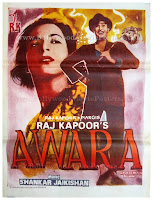 fatal mistake. He craved for artistic excellence but not at the risk of commercial success.

In the year 1979 on this day also released Do Ladke Dono Kadke.