If Jason Statham-Jennifer Lopez starrer 'Parker' is having a limited release it is time to understand the dynamics of the distribution trade. There has been a sea-change in the trend of exhibition with the advent of the multiplexes in the last 5 to 10 years. 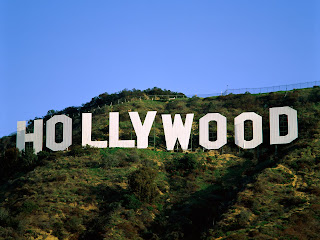 Mr Liaquat Gola of Dimension Pictures that purchased the Mumbai rights of 'Parker' from TOP Entertainment explains that the high cost of uploading a film in the 2K digital format -- inescapable since traditional 35 mm projection capability is no longer available in the larger multiplex chains -- was a limiting factor which made it difficult for the non-corporatised foreign film distributor to survive in the business.

Only a few 35mm prints of the original film are screened while the main revenue source in such cases comes from the dubbed Hindi/regional language versions at single-screens frequented by audiences receptive to routine action films like 'Parker' -- or 'Snitch', which is releasing as 'Lootere' in Hindi this Friday.

The smaller distributor is not the only one in trouble as the larger distribution companies face different kinds of problems like repeatedly shuffling release dates and the Censor Board has a role to play in all this: You may remember Sony forced to screen a mutilated version of 'The Girl with the Dragon Tattoo' sometime back, Multivision's 'Texas Chainsaw 3D' was initially refused a certificate but has now been passed by the Revising Committee without cuts. Such delays results in poor releases and poor box-office collections -- since only those Hollywood films opening in India within a short span after their US release get a higher cut from the multiplexes. So it is as tough a game for Disney’s 'Oz The Great' & 'Poweful' as it is for Jon Lucas-Scott Moore’s '21 & over'.