In our building we celebrate one day of the month together over chai and samosas while a great part of the evening is taken up discussing newspaper headlines, this time, for some strange reason the conversation drifted to moral stories learnt in school. I recalled a memorable poem recited for elocution competition and this poem is as relevant today and an answer to many Mental Health issues. I reproduce the poem to the best of my memory and if there are some altercations blame it to my fertile imagination. 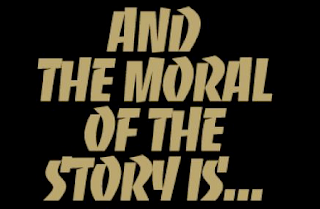 The king was sick, his cheek was red. His eyes were clear and bright. But he said he was sick and a king should know for the doctors came by score.

They did not cure him. He cut off their heads and sent to the school for more.

At last, two famous doctors came. One was as poor as a rat that had passed his life in studios toil and never found time to grow fat.

The other was just the opposite. His patients gave him no trouble. If they recover3ed they paid him well. If they died their heirs paid double.

Together they looked at the royal tongue while the king on his couch reclined. In succession they thumped his august chest but no trace of disease was found.

‘You are as sound as a nut’ said the first. ‘Hang him up’ roared the king in his royal rage.

The other leech grew a shade pale but soon he rubbed his sagacious nose and thus his prescription ran: The king will be well if he sleeps one night in the shirt of a happy man!

They saw two men by the roadside sit and both bemoaned their loss. For one had buried his wife he said and the other one had not.

At last they came to a village gate and they saw a beggar there. He laughed and roamed without a care in the soft June air.

‘This is our man’ the courier said ‘Our luck has led us right…Heaven save you friend, you seem to be happy today?’ ‘O Yes fair sirs’ the beggar smiled. ‘A poor man has so much to do that he never finds time to be sad.’

‘We will give you a 100dollars for the loan of your shirt tonight’. The beggar laughed till his face was black and then said he in the softest voice ‘I would give what not but I haven’t a shirt on my back.’

Every day to the king the reports came in of his unsuccessful spies and the sad panorama of human woes passed daily under his eyes. He got up and walked and toiled in his own appointed way.

The people blessed him and the king was well and gay!