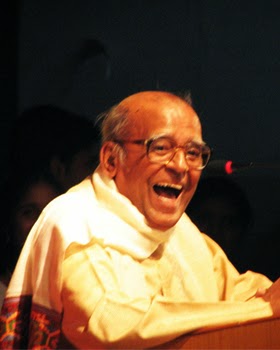 This annual memorial lecture series in memory of late Dr. Ashok Ranade started in 2012 and the idea was to pay tribute to his vision, scholarship and interests. Every year experts are invited to speak on subjects for instance Dr. Sandeep Bhagwati on theatre, music and theatre and media aptly titled Softwares and Songs, then Dr. Ganesh Devy renowned cultural activist and literary critic who spoke on Towards Indian Aesthetic.

This year, Naresh Fernandes, editor of Scroll.in, digital news publication and author of City Adrift: A Short Biography of Bombay and Taj Mahal Foxtrot: The Story of Bombay's Jazz Age will explain the journey of Jazz.

From the 1940s, a passionate group of Indian jazz musicians had been attempting to find an Indian way to play jazz, both in art music and in popular music. Many of these musicians had learnt their craft listening to and playing alongside African-American jazz performers who had started performing in India from the early 1930s.

As Independence approached, jazz became one of the forms used by artists to project an Indian internationalism. Some, like the Goan trumpet player Frank Fernand, had embarked on the project because of their admiration for Gandhi. Others had more commercial compulsions: they were trying to add a contemporary edge to Hindi film music.

The next significant push came from John Mayer and the guitar player Amancio D’Silva. The project was lent a great deal of momentum by Niranjan Jhaveri, the impresario who spearheaded the Jazz Yatra biannual festivals that brought some of the most accomplished jazz performers to India between 1978 and 2003.