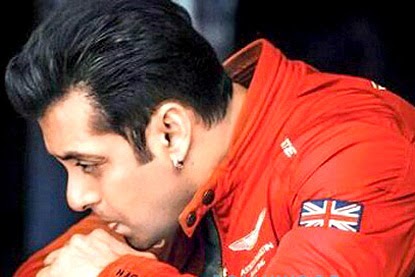 For the last 24 hours the media has been playing only one story, Salman Khan.


The channels have been repeating old stories and images recapping the smallest detail of what happened that fateful night in the year 2002.


In all these days I’m sure Salman Khan has gone through that fateful night over and over again in his mind.


If only he had not visited the Rain bar in Juhu with his friends, not stayed that long, not traveled with them to JWMariott and on the way back his car had not lost control at the wheel.


If only something had prevented him from going out, if only he had stayed at home watching television and gone to bed early that nothing would have happened.


No police stations, no lawyers, no court cases, no bail and no fear of imprisonment.


But life is not ifs and buts, it is drama and what has to happen will happen.


He was unduly upset that day and stayed by himself practically the entire day but as dusk fell and the pain in the heart became unbearable Salman sought the company of his friends.


He felt going out will make him feel better; sometimes just being in the company of loved ones calms your depression.


Maybe it did, maybe that is why he stayed out longer, we will never know. Watching footage of him leaving for the session yesterday, he looked tense.


It showed in the way he hugged his parents, holding them but not wanting to linger in the moment.


At the session court it was evident that everybody was there for their share of the spotlight.


The media was in full attendance for coverage and juniors knew this was the time to impress their boss.


The advocates both for and against the defendant, grabbed the opportunity to come on camera


For Salman’s crazy fans it was the only moment to get up close to him.


Did you see how the prosecutor looked into the camera rather than the reporter talking to him?


Did you see how well coordinated Aabha Singh was in Black &White designer sari and why not?


In the evening expert commentators discussed and debated the verdict, they expressed and argued about the rights and the wrongs.


At night fall of them peacefully went to sleep.


Not Salman Khan, nor his family, they have not slept in days and it is a long journey before they will find peace.
Posted by Bhawana Somaaya at 13:33