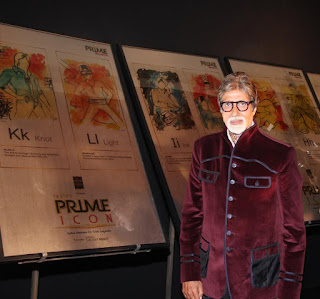 Jokes aside the idea for Amitabh Lexicon came to me almost 11 years ago when I was heading the creative team for a portal to be launched on the actor, probably among the first of its kind in the web world. One day, I was amidst friends and everybody suddenly started conversing in dialogues from famous Amitabh Bachchan scenes. It was interesting that everybody connected with each other through what seemed like an alternate language. The book is a compilation of selective words from the alphabets of the English language associated with different scenes from the actor’s body of work: fans will, I’m sure, want to take it to another level or create their own variations.

Aamir Khan on Lexicon: Amitabh Bachchan films are a textbook for every actor and symbolize popular culture for his fans. Over the years, lines spoken by him have generated an alternative language for film buffs. Lexicon captures the actor’s iconic scenes into a fun dictionary that celebrates the magic of Bachchan cinema. "A spectacular book and a fitting tribute to the superstar’s majestic career."

Abhishek Bachchan on Lexicon and dad: What an Idea Sirji!!