Today is Guddi Padwa, the New Year for Maharashtrians. Today is also the first day of chatur maas Navratra dedicated to aaradhya or worship of the deities which is why a lot of Hindus fast on all the nine days. I will devote the coming week to extensively quoting from Morari Bapu’s Ramkatha conducted at Kailas a few years ago. 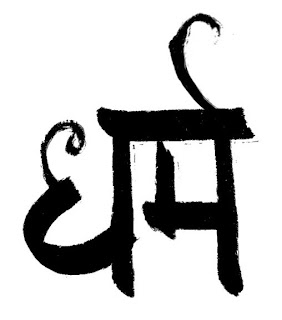 To be able to conduct a katha in such excruciating circumstances is a miracle by itself and I reproduce Bapu’s message in the way I understand it.

…The Bhagvad Geeta says, only one with faith finds wisdom, so it is imperative to discover faith in one’s life. The second important lesson is to find a guru. One who is aware of himself, his circumstances and his role in life is an evolved soul and who we describe as a saint. Shiv is evolved and therefore a saint. Parvati is evolved but for Shiv to accept her as his consort had to offer prem pariksha.

Shiv explains Sapta Rishi - the seven stages that represent seven constellations that work under the guidance of the highest creative intelligence. Sounds complicated but is simple when you focus to understand – Dharma/ Religion comprise four types: The first is Yug /Kaal Dharma which is the practice of an era or time. The second is Desh Dharma/ Practice of a country, the third is Guna Dharma / Practice of virtue and the fourth Swabhav Dharma / Sahaj Dharma are practice of our nature.