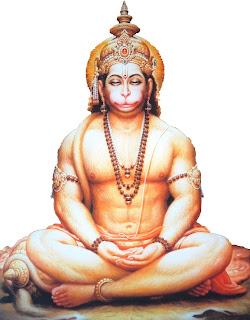 Morari Bapu mentions that in Ram Charit Manas Hanuman saves five lives /Praan Daan : Sugreev from physical terror of Vaali. Sita from Sorrows while a captive at Lanka. Laxman was revived with sanjeevani when he turned unconscious. Bharat was spiritually guided to return to Ayodhya with his brother’s slippers. Fifth and final, Hanuman guided his vanar sena on trail of missing Sita to a tranquil spot where they find water and grants them jeevan daan...

When an individual recites ‘Hanuman Chalisa’ four things get eradicated in his life. First, the Mind/ Mann arrive at state of ceasing thought/Nirvichaar which enables him to arrive at Nothingness/Shunya. Second, Hanuman Chalisa pacifies the waves in the Intellect /Buddhi and makes it Tranquil / Shaant and this clarity leads you to a higher attainment of Buddhi

Yog. Third, focused concentration leads to what Yoga Sutras describe as Chit Vritti Nirodh or neutralizing the waves of Consciousness. Fourth, the greater the Chintan the faster your chances of connecting with the Supreme Being...