Psychiatrists believe that those who live in temporary homes reveal greater emotional disorders than those who live with a secure roof above their heads. This is particularly true in a city like Mumbai.
It is because home- temporary or permanent is a universal obsession and a tenant suffers as much anxiety as the land lord. It is a peculiar situation when strangers come together and make a contract over a dwelling place. The tenant spends all his time and pays all the bills yet can never call the place his home. On the other hand, the landlord owns all the rights yet can never trespass his own property without his tenant’s permission.
The psychiatrists also say that those who move into new home at some point yearn to revisit their old environment. It is called the completing of cycle. It happened to me a few weeks ago. 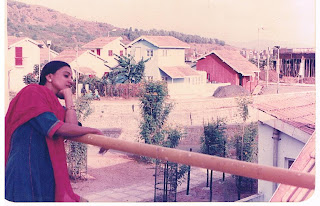 I had a desire to revisit my home and called my tenant. She invited me for tea and as I walked through the newly decorated place, images and echoes of time gone by played in my mind. It was a nostalgic moment for me as I walked through the passage surveying her kitchen, bathroom and other rooms memories rushed upon me. I recalled my older sister’s alarmed reaction: ‘Are you sure it is a good idea to purchase a flat without a lift on the third floor?’
‘Yes,’ I responded making a joke that it is the surest way of watching one’s weight after 30. It was not the only reason. My prime reason for shifting was to move closer to work place and for a change my mother agreed. We chose this building because it was surrounded by trees and it is so rare in a city to be woken up by the chirping of the birds.
The main door of the house opened directly into the living-room which was both an advantage and a disadvantage. The advantage was that the guest could be seated without him getting a glimpse of the entire house. The disadvantage was that there was no protection from unwanted visitors and to rectify that we inserted a carved partition close to the entrance.
Interior designers who visited the house described it as well utilized space and it was.
A narrow passage led to the master bedroom, the kitchen and the second bedroom. The two bathrooms were provided with lofts but it was the most inconvenient storage because one could never find anything. Initially, the arrangement enraged me but with time I learnt to preserve only what I needed and bid farewell to nostalgia.
The basin was in the passage again not the best arrangement but it spared us from formal guests invading our bathrooms merely wanting to wash their hands.
The master bedroom occupied by my 80-plus mother was the most important room in the house literally and figuratively. It had the TV, music and phone, the idea being to spend as much time in her room as possible. Mother liked a lot of sunlight streaming into the room so the windows were always open. She liked watching the Tulsi plant so we had one on her window sill and she made sure we never forgot to water it or light a lamp on it at dusk.
Her bed was always piled up with pillows and she was very particular about the way her
medicine kit was placed on the adjacent table. The room was sparsely furnished and this facilitated her walking in the area. It was also the reason we never spread any carpets on the floor. After a lot of contemplation we settled for Marblex flooring instead of the regular Spartex which is slippery and dangerous for old people. 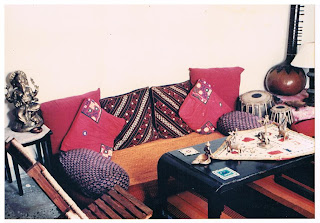 As long as she was there we never scraped the walls as oil paint is anathema for asthmatics. Come Diwali and we would white wash the house with good old distemper making sure to cover the leakages and pits before the coloring.
The smaller bedroom was mine and filled up with a vintage four poster Queen bed overlooking a bursting book-shelf. Close to the bed were a modest dressing table and a little far away, a vintage writing desk carried over from generations but preserved more for sentiment value than utility. As a writer I have never been particular about my space and I’m okay even with the writing pad on my lap in bed.
It has been a family habit to eat in the kitchen and we had a burgundy dining-table facing a Madhuban painting of Riddhi Siddhi which my mother described as very auspicious. The window facing my mother’s chair at the head of the table was an invaluable spot. Four sparrows and a faithful black crow dropped by every morning for their share of grain and for roti. Mother fed them personally and they shared an intimate bond. If they didn’t spot mother in her regular chair, they became restless and continued to fly around the house until reassured of her presence.
A little away from the window, was placed our temple. It is a family tradition again to house the temple inside the kitchen. That is where it was at my grandmother’s home and later in my aunts’ and siblings homes. Perhaps that is also the reason they say the kitchen is the most sacrosanct place in a home.
The living-room was not at all lavish and reserved for the guests. Simple sofa set draped in earth colour tapestry and decorated with warm cushion covers. The curtains were thin to retain light and air in the room. For some strange reason we have always had beautiful carpets and painting that liven up the room. The living room window overlooked the adjoining building which was no great view but one salvaged it with plants soaked in sunlight and mixed with artifacts.
It was a simple but an aesthetic home and I was always happy to get back to it after a tired day at work and more important, people always said, ‘Your home is so much like you’ and that made me feel so good.
Not any more though and understandably so. My old home today has nothing about me and all about the tenant who lives there. The walls, the furniture, the colours had changed. The doors and the windows closed with different sounds. The dressing table and the writing table in the small bedroom had altered places and the old bed in the master bed room was not piled with pillows the way my mother liked it.
The plants outside our living room had withered away and the walls showed scratches of a different routine. The kitchen held a different fragrance and the vessels told different stories of different cuisines and culture. The new tenants preferred heavy curtains that dropped a veil to the outside world and the neighbours. The dining table looked alien covered in a new table cloth and mats and the burgundy cabinets had turned brown with age. 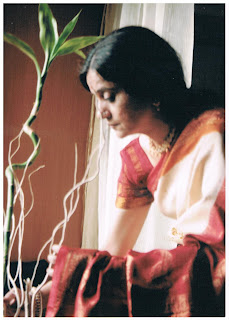 The kitchen window had a new glass and was devoid of any residue of the grain and the roti served to the pigeons and the crow for years…Today sitting in my new home I often wonder what happened to those pigeons and the crow my mother served food to faithfully for years. Perhaps they had their exit call and left the universe like my mother or perhaps they shifted abode like me. Perhaps it is best not to know. Perhaps the psychiatrists are right.
We humans need to complete the cycle and move on in life. I have. The place I now live in is spacious and warm. There is plenty of sunshine and air and when I look out of the window there are plenty of trees and birds. I often catch a flight of pigeons in the sky and think of think of my mother’s friends and wish them well.
I’m certain they have moved on too like everything else in life...
Posted by Bhawana Somaaya at 12:01