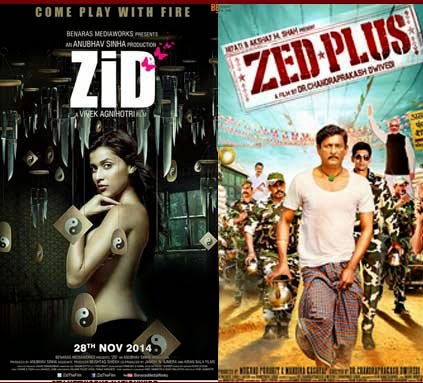 As long as we had paucity of ideas in making films it was understandable but now it seems there is paucity of ideas in even titles of our new releases. Don’t believe me just sample these: Shah Rukh Khan made Happy New Year and a few weeks later Saif Ali Khan made Happy Ending. Last week renowned filmmaker Chandraprakash Dwivedi released Zed Plus and in the same week another filmmaker released Z and a third released Zid. If the common alphabets and similar sounding names are not confusing enough think about more to come like Shoojit Sarkar’s Amitabh Deepika starrer is titled Piku and Raju Hirani’s Aamir Khan’s film is titled PK.  Shriram Raghavan’s Varun Dhawan, Nawazuddin Siddiqui film produced by Eros International and releasing in February 2015 is called Badlapur while another film Badlapur Boys has been the topic of discussion at the NFDC Bazaar at the recently concluded IFFI festival in Goa.