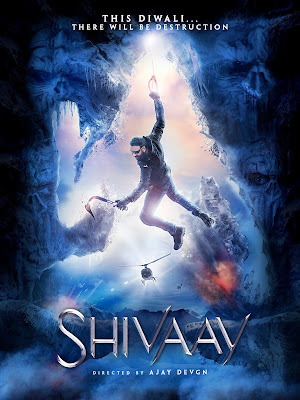 In the olden days the actor’s job was over when the film shooting was completed. He was called to dub the film and was rarely involved in the post production of the film. The film was packaged, promoted, marketed and advertised by the producer. Sometimes the producer and the director had creative differences on how the film should be edited or ended but these differences never became public. Sometimes the director faced problems with the censors and the actor was taken as a mediator to express and influence the team but these details also never became public. While the production house hassled with release details, the stars came into action when it was time to participate in the premier of the film.
Today it is a reverse story, today the film is promoted from the day it is planned/ announced/ shot and released. The promotion gets more and more aggressive as the release date gets closer and the best example of this is Ajay Devgn's ambitious project Shivaay.