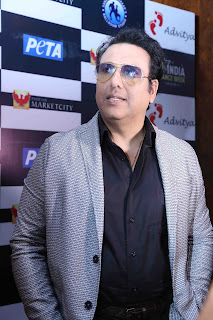 esteemed chief guest and surprsed everybody with a jig from his film Raja Babu. The Event kick started with the Ganesh Vandana performed by Uma Rele's Nalanda Nritya Kala Mahavidyala student followed by other performances like Ryoko De's School of International Folk Dances presented rare dances from Japan, China and Tibet.

This festival is the only dance festival in the country that has Indian classical, Indian folk, international folk, ballet, bollywood, ballroom, Latin dances and many other dance forms performed by professionals from all over India and which is why Govinda agreed to grace the occasion too.