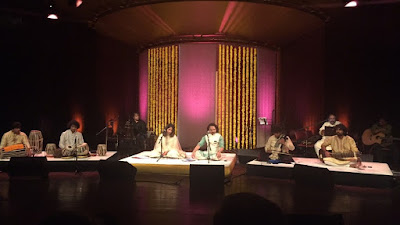 It was a magical night at NCPA for all classical and Parthiv Gohil lovers. The stage was set in an Indian style, all the musicians and the singers squatted on gaddas on the floor.  Flowers were strung in the background but only for fragrance not for show. Thye mood was subtle and the ambience nostalgic.
Parthiv Gohil does not follow the todden path and it is evident in the manner he arranges his music and structures the show. The theme of the fesatival was Bandish and how Gohil combined the ragas and nptes was extra-ordinary.
To begin with there was no moderator, no anchor; Parthiv sang and paused when required to explain the changing ragaas and the moods. Combining three legendary film composers namely Shankar Jaikishan, Roshan and SD Burman, Parthiv took the audience on a nostalgic journey singing vintage numbers and the audience joined in the chorus. 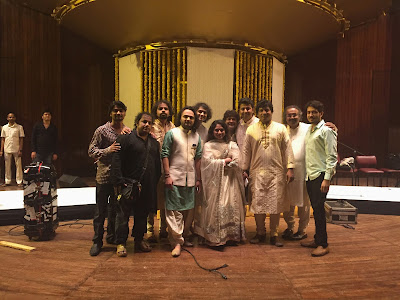 It was as much of a musician evening as the performers (Parthiv and Jhaanvi) because all of them were granted their moment to shine and sparkle. There was not a dull moment in the two hour show and when the show ended the audience was out of excitement on the stage pleading an encore.
Parthiv bowed and thanked all and said there would be encore soon if NCPA invites him again.