February 5 is also Abhishek Bachchan’s birthday. The first time I saw Abhishek he was 7 years old accompanying his mother on a flight to Goa. Amitabh Bachchan was location shooting for Pukaar on the beaches and the family was joining him over the weekend. Abhishek was restless on the flight and asked Jaya again and again if his dad would come to the airport to receive them. The next time I saw junior was at his home for a family photo shoot for the magazine I edited and found him extremely shy and self conscious. 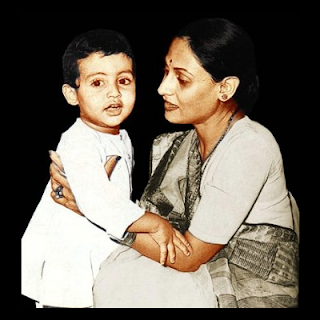 Over the years, we met again and again at holi, Diwali, birthdays, his father’s shootings and outdoor locations and before we knew he had grown up and taken charge of AB Corp Productions.

On the sets of Major Saab I have seen him toil like an ordinary assistant, picking bags, costumes, fetching actors from airport and being at the beck and call of father, director Tinnu Anand and doing all the odd jobs on the sets.

In 2000 he was launched by JPDutta in Refugee, his debut was infact the beginning of his struggle to stardom. There were a line of flops and his detractors had a field day criticizing everything about him.

Abhishek swallowed the insults and kept working quietly. His father had taught him not to be bogged down by the negatives. In time Abhishek turned all the negatives hurled at him into positives. He worked on himself, his roles, his choices and the wheel of destiny turned in his favour.

In time to come Abhishek married, proved a responsible husband and father and is today considered a bankable actor and a brand.

Mother Jaya Bachchan always said that she never worried about Abhishek because even as a baby he always knew what he wanted and got that at his own pace and terms.