So many talented singers

The ghazal programme Uski Batein at Nehru Centre turned out to be a sparkling evening with so many maestros on one platform. For those who missed the magical moment, a little about the maestros who made the magic possible. 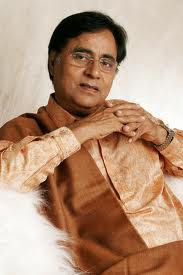 There was Prithvi Gandharva, a student of Padmashri Hariharan who has worked with various music directors in films, namely Pritam, Vishal Shekhar, Shamir Tandon, Anand Raj Anand, Shantanu Moitra and more. A regular performer Gandharva has toured the world with Shreya Ghoshal and Richa Sharm. Currently he is working on his debut album - on ghazals.

Shubhomita is a discovery of HMV's Golden Talent contest. She took her initial taleem from her father Sri Joshoda Dulal Das in North Indian classical muic then enrolled at the Sangit Research Academy as a senior scholar and took taleem from Pt. Ulhas Kashalkar of the Jaipur Gwalior Gharana.  Shubhomitra performs classical, semi classical and ghazals.

Piyalee Kundu combines classical music from both her parents. She did her masters in music and bagged the Gold medal when she scored 1st class 1st in Rabindrasangeet from Rabindra Bharati University. She is well versed in every genre of music be it Rabindrasangeet, classical, semi classical or ghazals.

Osaman Mir started as a table player and prospered at AIR & Doordarshan, he later blossomed as a singer and did playback in every language possible. Osaman has performed at various events including a bhajan programme specially devised for Morari Bapu.