I have a lot of respect for Radio Jockeys after I became a part of Big FM family some five years ago. We hear them chatter away on our music system in the car and at home and think it is the easiest thing to talk nonsense between songs. It isn’t. 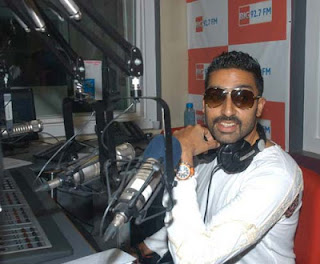 One, every word they speak has a reason and is a link to the next segment be it a song/traffic update/ advertisement/ news/ they are about to play.
Two, they have to be experts on the subject, be able to recall songs/credits/ anecdotes on the spur of the moment.
Three, they have to be masters of time management as they are simultaneously driving the machine/ attending to listeners calls on phone and engaging us in banter.

All RJs work without a script and edit their own links which has to be uploaded in perfection before they move on to their next link. The print media works on hourly daily deadlines, the television works on minutes, but radio is the fastest and most precise of all for it is monitored in seconds.

So hurray for all the RJs and for BIG FM RJs in particular… Suno sunao life banao..!

Posted by Bhawana Somaaya at 18:44