Neeraj Pandey's Baby has been widely appreciated by critics and the audience. In a first the filmmaker releases a book where he describes the making of the film as experienced on various locationsExcerpts:

The film’s climax was shot at the Al Ain airport where the crew had a blanket permission to shoot anywhere within its premises. Neeraj discusses a scene with Akshay and Anupam as the shot is readied. Comfortable with his usual bald look, Anupam needed a tad bit of convincing by the team for the get-up. Madhurima, who plays the protagonist’s wife in the film here with Akshay, Neeraj and Shital having a hearty laugh at something they have viewed on the monitor. Turn to the next page to know what had happened. 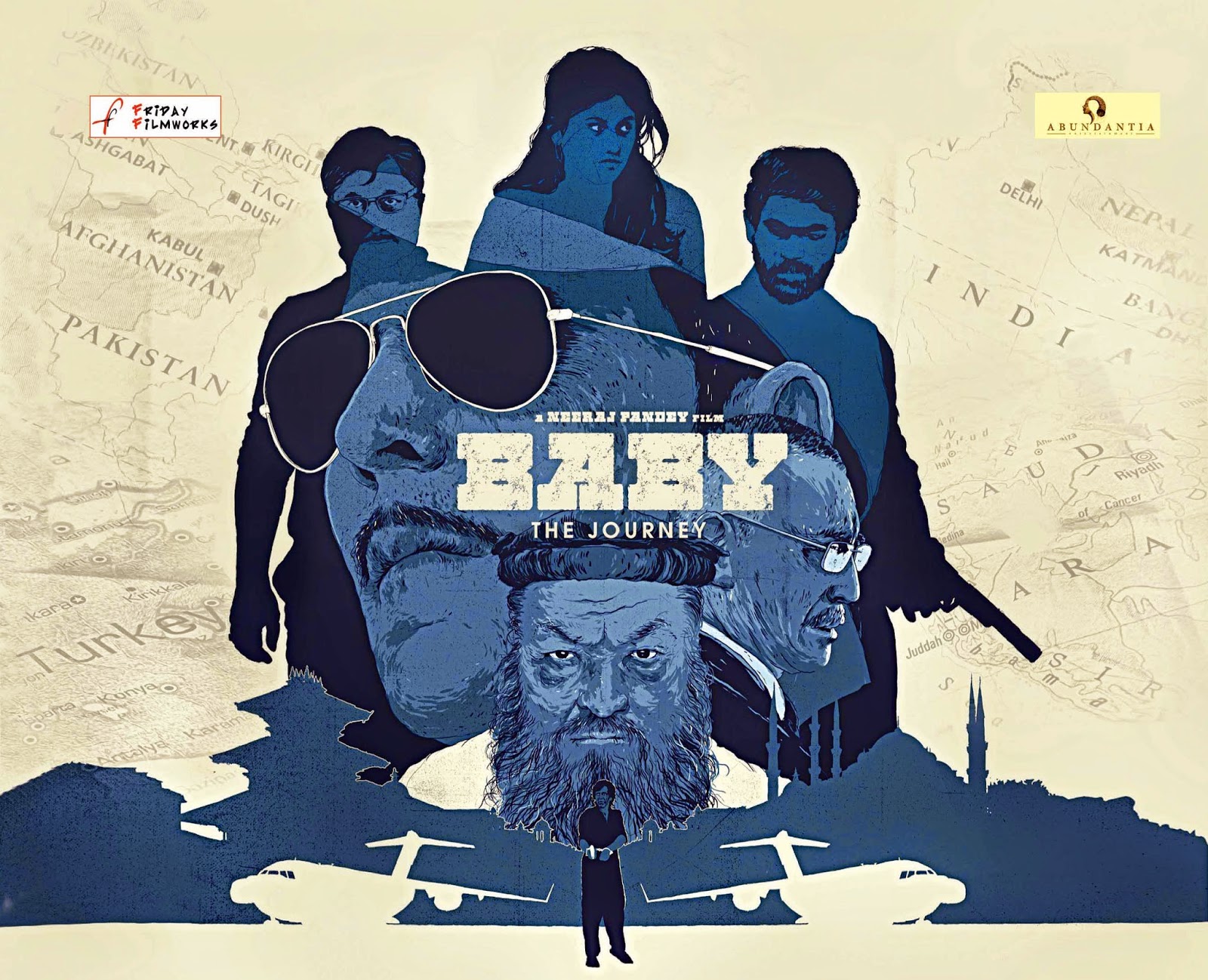 A simple shot in which Akshay had to pick up Madhurima in his arms...Akshay turns this mundane shot into a show of acrobatics. Picking her up, he swirls her around in all possible directions to everyone’s bewilderment. Though terrified she puts up a smile, hiding behind her shades. Sir Bani Yas Island, a 15-min flight away from Abu Dhabi, was a location spotted during the recce. When the unit reached the spot, they found a gathering of goats. As Neeraj begins to shoot the herd, the goats stand up and turn around in perfect sync showing their rear to the camera. Acting pricey!

Production designer Sandeep Ravade recreated the Al Ain Airport as the ‘Al Dera Airport’—which was an integral part of the climax. The crew finally manage to complete this critical scene on time. A view from the Qasr Al Sarab desert resort at Abu Dhabi where a major part of the film was shot. This shot was taken at around 3.30pm. A series of shots were taken to introduce the four lead characters required for the Abu Dhabi sequence. While shooting this sequence the director knew that this would eventually make it to the film’s promo.


(Baby has been published by the film's media partner Chitralekha magazine)
Posted by Bhawana Somaaya at 11:16