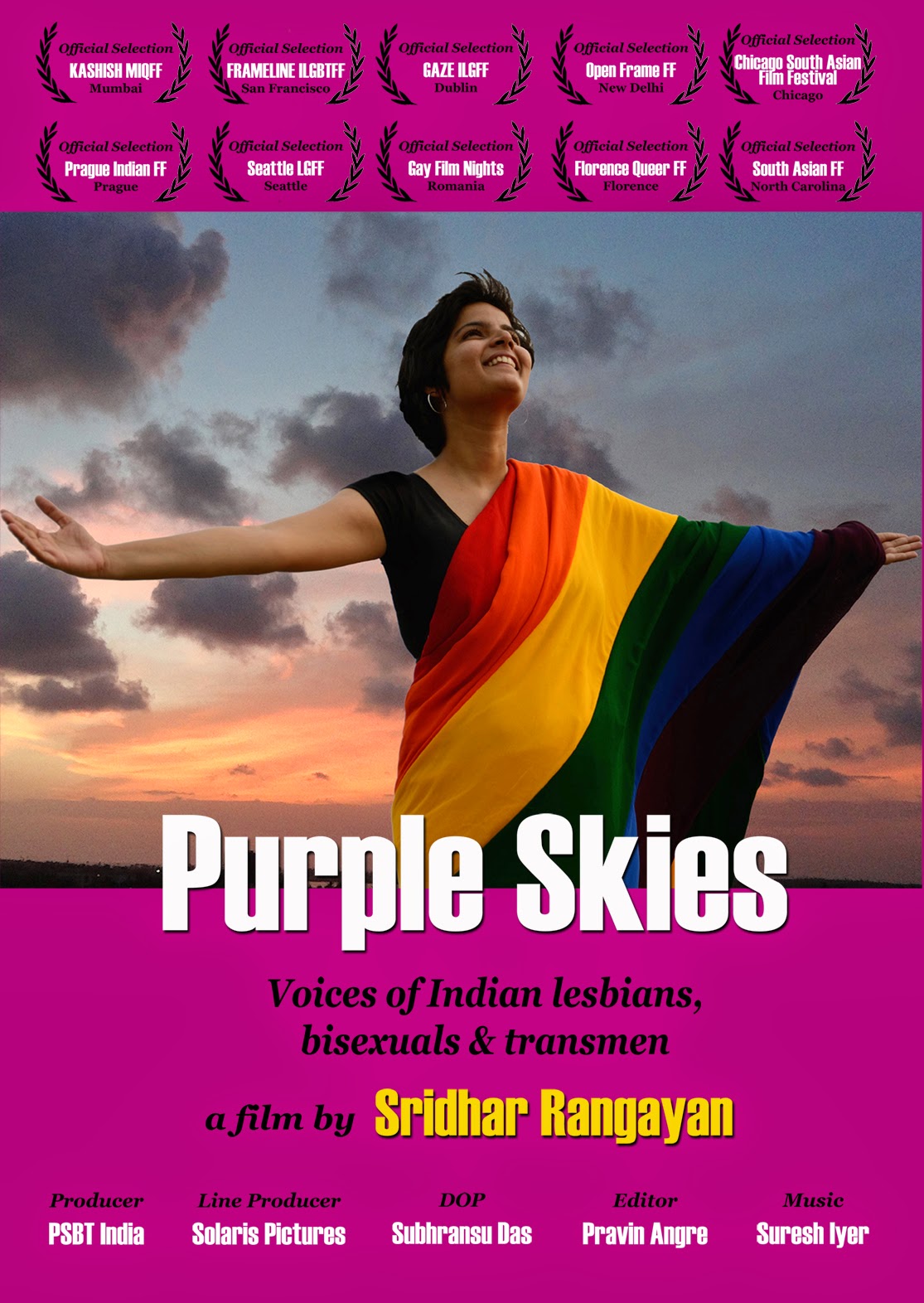 Purple Skies is a sensitive documentary film about lesbians, bisexuals and trans-men, directed by filmmaker and activist Sridhar Rangayan is to screen at Queer Film Festival in Bangalore this weekend. The screening is a special feeling for the director who hails from Mandya and was born and brought up in Bangalore, “This is home coming for a film that has been traveling across the world”.

Purple Skies was premiered at the 5th KASHISH Mumbai International Queer Film Festival, has traveled more than twenty five festivals around the world and receiving acclaim from global audience members. Rangayan hopes that the subject of his film will bring about a change in perceptions and attitudes both among the LGBT community and in the larger civil society.

Weaving together heartrending stories of LBT community victimized and subjugated by family society and law, the film applauds those courageous youngsters who have come out of the closet and chose to live a life of personal freedom.