Pakistani actor Rashid Naz, who plays an important role in the film, gets ready for the rabble-rousing act in which he incites his followers. The four characters, played by Pakistani actor Mikaal Zulfiqar along with Anupam, Akshay and Rana, arrive at the Qasr Al Sarab resort. 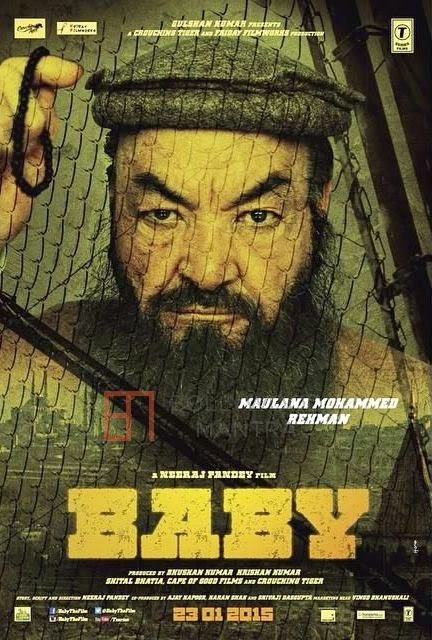 A beautiful shot of the gateway to Qasr…As the temperature soars to an astounding 51˚C unit members anxiously pray for the car to disappear from the frame so that they can rush to take shelter in the shade. Always keep the pristine dunes intact by not walking on the sands and leaving one’s footprints, says the filmmaker’s guide on shooting in the desert. During a break, as Shital walks close to the sands meant to be in the shot, unit members scream at him that elicits this comic reaction from Neeraj, Akshay and Rana. 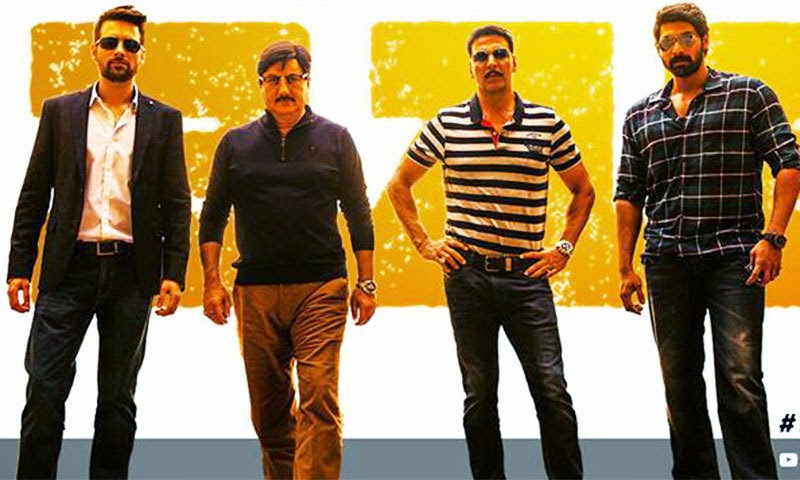 During the recce Neeraj, Shital and the team arrived at around midnight at the Qasr Al Sarab driving all the way from Dubai. At the break of dawn, at 7am, this picturesque shot was taken by Neeaj from his room. The royal villas across the desert look isolated but are linked through a road that is not seen here. Clicked during rehearsal when Akshay was put on a harness...It is all too easy for him to leave the rope, spread his arms and give this perfect shot.

(Baby has been published by the film's media partner Chitralekha magazine)
Posted by Bhawana Somaaya at 14:58