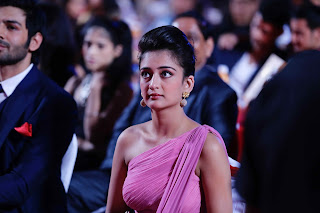 Akshara Haasan had a dream break in RBalki’s Shamitabh and has been on a roll since the release of the film. She had tough competition with super contenders like Sana Kapoor/ Shaandaar, Bhoomi Pedenkar/ Dum Lagake Haisha and Harshali/ Bajrangi Bhaijaan as co nominees and smiled for the first time in the evening when she heard her name announced on stage.
Akshara Haasan shared the honors with Sana Kapoor also making her debut in Shaandar. A super example of how good actors rise above an average film since both Shamitaabh and Shaandar were not box-office successes but the actors were. 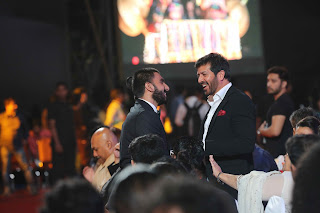 Ranveer Singh was a happy man at the evening and it showed in his interactions with people. He was happy to catch up with filmmaker Kabir Khan and happy to win Best Actor in a romantic role/ male in Dil Dhadakne Do and dedicated his award to his director Zoya Akhtar.