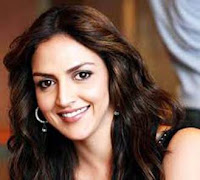 Roadies judge Esha Deol is now the owner of a cricket team. Esha is part of the Box Cricket League Punjab, along with other Punjabi actors like Geeta Basra. Geeta has bought her close friend Harbhajan Singh’s hometown team Jalandhar, Geeta confirmed, saying, “Yes, I own the Jalandhar team in Box Cricket League Punjab. Jalandhar has always been close to my heart as my family is from there. I am very happy to be associated with them and looking forward to an amazing time.”
Box Cricket League launched last year, brought together 150 of the biggest television celebrities in a potent mix of drama, cricket and celebrities. This year they’re adding ‘Punjabi’ tadka to that mix and taking the concept to a completely new level.