William Shakespeare once said, comedy is tragedy plus time. But is it really that simple? What makes a scene or a script inherently comic? Is it tone, content, situation, absurdity, the opposite of what would happen in regular life, all of these or none of these? 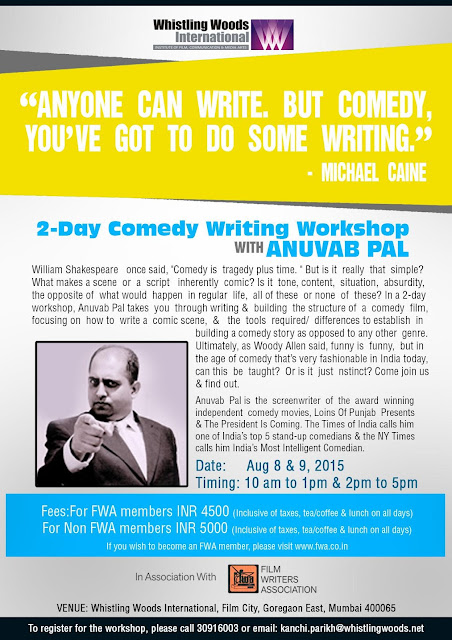 A compact important workshop on writing comedy has been organised in association with FWA by Whistling Woods. Conducted by Anuvab Pal, award-winning screenwriter of acclaimed films as Loins of Punjab Presents and President is coming will take you through writing and building the structure of a comedy film, focusing on how to write a comic scene, and the tools required to build a comedy story as opposed to any other genre. Ultimately, as Woody Allen said, funny is funny, but in the age of comedy that’s very fashionable in India today, can this be taught? Or is it just instinct?