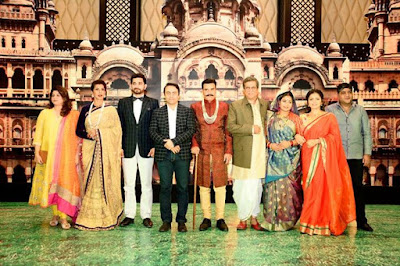 Zee TV has a way of launching the most unique shows every season and this time the show that
will add to the glory of the channel is Ek Tha Raja Ek Thi Rani a period drama starring Drashti
Dhami and Siddhanth Karnick.

The show promises to be a lavish period drama and special designers have been roped in to work
on special looks of all the actors. Anita Raj for example has modeled herself on Maharani
Gayatri Devi and Drashti is doing her best so that she will not be associated with Madhubala Ek
Ishq Ek Junoon.

It is the first time a serial has been launched in such a grand scale and will be shot in actual
locations to lend the royalty lifestyle. The event was kick started with a dance ballet on the story
choreographed by Sandip Soparrkar, a first in the history of television.