TIPS Music has been among the leading music companies of Bollywood who has for a long time also producing films.
It has been a front runner in many decisions and now comes one more. TIPShas stated that it will be
working directly with radio stations in licensing their vast musical catalog. They want to work in closer proximity with the radio industry and initiate innovations in content. Says Kumar Taurani, “We’ve always worked closely with Radio Stations in promoting our content so it makes sense that we now take up the licensing deals as well...” 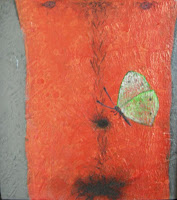