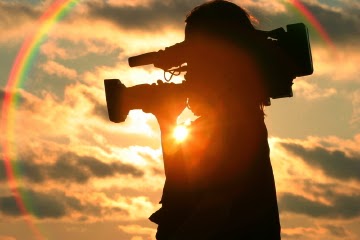 It is not a good time to be in journalism but it is crazy time for being in public relations because they have to make headlines out of nothing. Last read an item about Kareena Kapoor reacting to a newcomer as a lookalike of Sister Karisma Kapoor. Anybody who knows Bebo will agree that she will never find anybody good enough to be compared to her sister but she must have let that pass for better preoccupations. These days I’m sent press releases about Nargis Fakhri feeling excited about wearing a bikini in a forthcoming film. She was a riot on the show with Karan on TV and this sounds even crazier. Smart girl Sonam Kapoor, to not discuss anything in print and quietly walk into a frame cladding a bikini for Yash Raj Films Bewaqoofiyaan and smart boy Varun Dhawan for not making a big deal about his six pack or lip lock scene for father David Dhawan Main Tera Hero produced by Balaji Motion Pictures where Varun stars with Ileana Dcruz and Nargis Fakri in lead roles.
In that sense there is a lot to learn from Kangana Ranaut who has proved a Queen in every respect after her sensational performance in the film. Ranaut was far from desperate during her promotion and the confidence reflected in her simple attire – cotton shirt and jeans devoid of makeup when addressing print and electronic media. Remember how she sat quietly listening to Priyanka Chopra wax eloquent during the promotion rounds of Krrish 3 and took the thunder from everyone with her spectacular look and performance! She has been low key about her forthcoming Revolver Rani letting the publicists talk as much as they want about her co-star Vir Das and all the inconsequential details.