Move over Newspaper. Viewspaper is here. 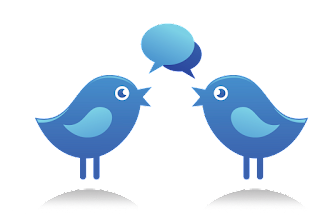 I have been exposed to the Web Chat by CNNIBN and now I’m getting introduced to Twitter Chat being hosted by The Viewspaper (@TheViewspaper). Today, between 7-8pm I will participate in their chat focusing on Women Security. Discussing subjects like crime against women, measures that we need to take in order to ensure women security, an analysis of the anti-rape bill and the stand that the government is taking towards making our country a safer place for women.

Aishwarya Dravid, editor of Viewspaper revealed that such interactions can lead to unexpected and ratifying revelation. All it expects from us is a precious hour of our time to join in the conversation, express opinion and tweet with #tvpchat.

Viewspaper http://theviewspaper.net/ was launched in 2007 and is India's largest youth paper comprising over 10,000 young citizen journalists. It is the seventh largest media company on FaceBook in India with more than 2,63,000 hits and recognized as one of the top eight socially focused businesses in the world in 2010 by the Ashoka Foundation, Staples Inc and Ted.com. Viewspaper represents the Indian youth perspective at the IMF, World Bank and G20Y. Recently awarded with the United Nations World Youth Summit Award for the best e-content on the web, Viewspaper has been unanimously credited for creating a platform for the youth and a new niche in media.

Catch me on the chat today between 7-8pm @TheViewspaper www.theviewspaper.net