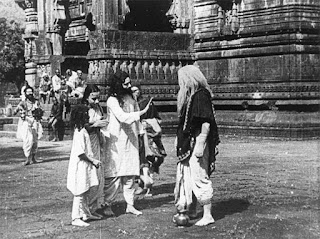 A co-incidence that I started writing Think Tank 100 days ago and today write a blog about a book on the life and times of Dadasaheb Phalke called Tracking Phalke. Authored by film director Kamal Swaroop the book is published by NFDC. It is a proud moment for the board. Formed by the Government of India with the primary objective of developing Indian film industry, NFDC has to its credit more than 300 films in 18 regional languages that have won national and international awards.

The goal is to create domestic and global appreciation for the Cinemas of India. Not difficult considering its unique positioning and the fact that NFDC functions as a business unit, produces advertisement campaigns supplemented with 360 degrees support to government clients. It organizes South Asia's Global Film Market in Goa and Film Bazaar is its biggest co-production and distribution market for South Asian and is held every year in November, alongside IFFI.